We would like to offer our sincere support to anyone coping with grief. Enter your email below for our complimentary daily grief messages. Messages run for up to one year and you can stop at any time. Your email will not be used for any other purpose.

Share a memory
Obituary & Services
Tribute Wall
Read more about the life story of Ralph and share your memory.

Ralph Harry McGregor died peacefully at his home on January 19, 2023, in the presence of family. He was born on November 8, 1937 the son of Gretna (Myers) and Harry A. McGregor of Kralltown, Washington Township.

Ralph believed in faith, family, and farming. Throughout his life, he gave of himself, sharing his time and talents, for the greater good of all. Using his gifts as visionary, keen leader, and dedicated contributor, he toiled steadfastly to impact his communities of faith, education, agriculture, and public policy.

Ralph stewarded the gifts of God with a passionate love for family, friends, neighbors, church and community.  He was a member of St. Paul’s Evangelical Lutheran Church, and participated in weekly Bible Study and worship. In his lifetime, he also served on church councils, visited shut ins, worked as a consultant for call committees, and engaged with local Mennonite farm families. Ralph was gregarious and there were no strangers in his life, only friends he had yet to meet.

Ralph was a 1955 graduate of East Berlin High School, earned an Associate of Arts Degree at York Junior College, and attended International Stockman’s School for eight years. Ralph, however, was also a student of the school of hard knocks; living was learning, farming was risk taking turned into perseverance, innovation, and progress; in the 80s, when small dairy farms were dying out, his was expanding.

He demonstrated educational leadership by service to the Dover Area School Board for 14 years with nine years as President. More recently, Ralph led the Washington Township Education Coalition, an effort endorsed by over 1400 residents who petitioned to change school districts in order to secure access to higher quality public education. This endeavor took over ten years to achieve resulting in a Commonwealth court decision upheld by the Pennsylvania Supreme Court; true testament to perseverance and sustained educational leadership efforts.

Ralph’s local service to his home in Washington township started in the 1960s, when he accepted the invitation to serve on the newly formed Washington Township Planning Commission and served as chairman. Consistently through the years, he supported election day activities and in 2017, he was elected to the Washington Township Board of Supervisors, a six-year post.

Ralph’s leadership and service went beyond Kralltown in terms of supporting farming and agricultural preservation. He served as Chairman of the Federal Land Bank Association of York, was Chairman of the York Farm Credit 1981-1992, and spent a total of eleven years serving the Baltimore Farm Credit District.

Reaching state and national level positions, Ralph served as chairman of the Pennsylvania Beef Council and in 1989, was appointed by the U.S. Department of Agriculture Cattleman’s Beef Promotion and Research Board.

After retiring, Ralph to support the Barbershop Harmony Society, actively singing with the Hanover and York Barbershop Choruses. Bringing delight and joy to many, Ralph’s quartet, Snak Pack, did singing Valentines and other engagements.

As they say, behind every great man, is a great woman. Ralph married his high school sweet heart Ada; they were two peas in a pod, a steadfast 58-year loving partnership. In 2015, Ralph and his wife Ada were awarded King and Queen of the 100th Dillsburg Farmers Fair for their dedicated support of helping refugees and immigrants.

All are invited to join family in honoring Ralph H. McGregor’s inspiring life.

In addition, the best way to honor Ralph is to give of yourself and your time in service, take leadership positions and calculated risks; connect with people, sing and use humor to help make your communities, state and nation a better place for this and future generation. He would say “Right or wrong I am going to do something--if you have a passion and a commitment, you make the time.”

To send flowers to the family or plant a tree in memory of Ralph Harry McGregor, please visit our floral store. 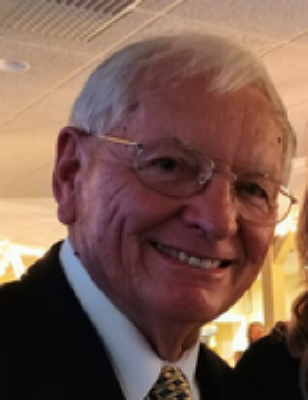 Look inside to read what others
have shared
Family and friends are coming together online to create a special keepsake. Every memory left on the online obituary will be automatically included in the book.

Look inside to read what others have shared

Family and friends are coming together online to create a special keepsake. Every memory left on the online obituary will be automatically included in the book.

You can still show your support by sending flowers directly to the family, or by planting a memorial tree in the memory of Ralph Harry McGregor
SHARE OBITUARY
© 2023 Feiser Funeral Home, Inc.. All Rights Reserved. Funeral Home website by CFS & TA | Terms of Use | Privacy Policy | Accessibility