Plant a tree in memory of Christopher
An environmentally-friendly option 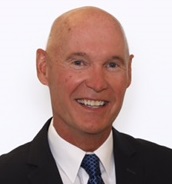 Chris was born September 14, 1961 in York.  He was the son of the late Eugene F. Jones and the late Marjorie (Szczepan) Myers.

Chris was a lifelong member of Emory U.M. Church in New Oxford. He was a 1983 graduate of York College. Chris worked in law enforcement for almost 25 years as an officer with the Leesburg Police Department in Leesburg, VA.  During his time with the police department, he had many roles but one role he was most proud of was the years he spent as a D.A.R.E. officer.  Chris also spent time as an instructor for the Northern Virginia Criminal Justice Training Academy for several years. Chris was also a sheriff of Loudoun County Virginia for several years.  After he retired from law enforcement in 2010, Chris was employed with the PA State System of Higher Education as a Special Investigator for 10 years. He was currently employed with York College as a Title IV Investigator.  Chris was a lifelong avid tennis player and a huge fan of the Baltimore Orioles and the Baltimore Ravens. Chris also enjoyed showing Dalmatians with his dad at the York Kennel Club for many years during his youth.  His favorite trips were to the beach, and he loved spending time with his family. Chris was a natural leader, and always lit up the room with his magnetic personality and his positive energy.  He had the ability to make everyone around him feel like they were the most important person in the room. There was never a dull moment with Chris. He had the ability to make the best of every situation, and make everyone laugh.  Chris was loved by many and will be dearly missed.

In addition to his wife, Michelle, Chris is survived by his step mother, Kay E. Jones of Hanover, a step daughter, Alicia A. McCrady of State College, a step son, Hunter R. McCrady of ShermansDale, a brother, Gregory Jones and his wife Heather of Duryea, a sister, Christine Bodisch and her husband Joe of Dillsburg, a brother, David Paup and his wife Janell of York, a sister, Melinda Billet and her husband Joe of Wrightsville, and numerous nieces and nephews.

Funeral Services will be private. A celebration of Life service will be held at a later date. Feiser Funeral Home, Inc. 302 Lincoln Way West, New Oxford, is in charge of arrangements. Memories may be shared at www.feiserfuneralhome.com.

Plant a tree in memory of Christopher by clicking here.
To send flowers to Christopher's family, please visit our floral store.

Celebration of life service will be held at a later date

Funeral services will be private

Plant a tree in memory of Christopher
An environmentally-friendly option

Plant a tree in memory of Christopher

4 trees planted in memory of Christopher

There are 4 photos available in the gallery

With loving memories of Chris from his fellow “Pool Buddies”. We send our love and heartfelt condolences to dear Michelle and family.
Laurel, Richard, Sue, Chris A, Chris K, Jean, Kate, Wendy, Jane and Steve


A Grove of 3 Memorial Trees was planted in memory of Christopher L. Jones

I worked with Chris for several years at the Leesburg Police Department. I will always remember him as an open and friendly person that always radiated positivity no matter the situation. He was truly a joy to work with.
My family will be praying for you,
God bless

Chris was a good friend of mine from Leesburg, VA.

So glad that we managed to get together a few times during the last year.  I will miss the catching up, the belly laughs, and reminiscing the 80's and 90's.  Your positive outlook and "can do" attitude fueled me through several dips in my life.  I will most profoundly miss the gatherings of old friends that you seemed to always be the one to always plan or organize (Photo).   Rest in peace old friend.  Rick.

Chris radiated joy and kindness. He never missed the opportunity to say hello and share his pleasure for the opportunity to chat for a bit. I enjoyed our casual encounters at the pool so much. I don’t think he ever met a stranger. I know he will be terribly missed. I wish him peace and I send comfort to those who loved him.

Plant a tree in memory of Christopher